By Danny A. Cabrera C.Ht. 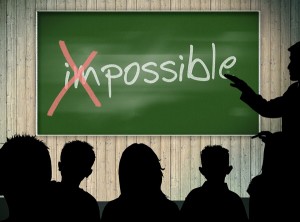 Bette Davis once said, “Attempt the impossible in order to improve your work.”  Now a legend and nearly 20 years after her death she is still considered by her peers and many to be one of the best actors of all time. Do you want to be considered one of the very best in your line of work?  Do you want to be more prosperous in the work you do?  Many would say they want success but somehow come across obstacles, the impossible, that seem to get in our way. You may recognize these obstacles and attempt to overcome them but somehow they overcome you and you may feel stuck.  What is the best way to not only attempt but overcome those dreadful roadblocks?

First change your thinking about the word impossible. The word impossible implies never obtainable. Begin to think of your impossibles as challenges. A challenge is something that can be won! The next crucial step is to be prepared to take a close look at yourself. Examine yourself more than just looking in the mirror. Take a closer look at your inner spirit your very heart and soul, your essence. It is important to get to know your true loves and desires. Listen to your inner knowing it will guide and tell you. Get to know who you really are. Remember this step is on going. We should always assess ourselves. Why? Because we are ever changing and growing as a being. Now, ask yourself why you are doing what you are doing? Are you doing your work because it pays well? Perhaps it’s a job uncle Bill helped you get with the company he works for. Many fall or are led into jobs that turn into careers. If this is you, get out now! Run in fact, you can never be happy or successful. If you are not doing what you love and what can feed your inner spirit, no true success will ever come. Know that every career has its ups and downs. It’s the cycle of life.  A good example, right now would be our real estate market. It’s not as good as it has been in the past, but it will turn.  Find a career for the love of it and not the money.  Success and money will come by doing what feeds your inner self. Bette Davis always knew she wanted to be an actress and she followed that path.

Another important step is believing in you.  This aspect is just as important as the above mentioned. It goes equally hand in hand if fact. To believe in yourself you must love, like, and respect yourself. If you don’t, no one else will. This is something I remind all my clients and myself all the time.  It’s easy to treat others with more like, love, and respect than you do yourself. Examine yourself, are you guilty of this?  When you treat yourself as you often treat others, many decisions you have to make regarding you career becomes much easier to make. When Bette first came to Hollywood the studios were changing many of the actor’s names to make them better commodities for marketing. Believing in herself and her acting abilities Bette said no I’m keeping my name.  This may be considered a brave decision for some knowing that by saying no to a name change the studio could have said no to a contract.  She later believed in herself and her abilities to do her craft once again by accepting a part in her first major role. A role no one else wanted because it was not “glamorous.”  The character was a drug addict who gave up her womanly virtue too easily. This role made studio executives take note of her and made them realize their little brown wren had something to offer them at the box office.  Believe in yourself and good will come.

In believing, like, loving and respecting yourself it is important to know and recognize your short comings.  You are human and not one of us is perfect.  What is important is to know your “imperfections” and use them to your advantage or to not allow them to be hindrances. I had a client, Vera, a career in sales, she was small in stature and her voice was soft. These physical characteristics made it easy for others to not take her seriously or to easily dominate her. Once she developed a stronger belief in herself along with more respect for herself. Her sales increased dramatically. No, she did not have to take voice lessons or wear higher healed shoes. She simply no longer allowed here stature to hold her back. In fact later the same year I worked with her, she won a car for her sales performance. It was an incentive her company offered as a reward for its successful sales people.

Bette herself was not considered a beauty yet she was able to play them in some of the roles she had. She used her inner beauty, her belief in herself, to convey beauty on the screen. This is what made Bette a revered actor and not just a Hollywood starlet now long forgotten.

Keep attempting the challenge (impossible). Knowing, liking, loving and respecting yourself are good tools to have in an on going endeavor to improve your work. Believe in yourself, never give up. Giving up is easy especially if you really don’t love your work, which is why I say to love your work. Passion for your work will be automatic when you love it. Bette never quit and she loved her work. She was known to be passionate about it.  She ended her life with two Oscars and an on going idolized respect. She is immortalized as a part of Hollywood forever! Not to mention enough money in the bank to be willed to her loved ones.  Keep attempting! Reach for your brass rings. In fact, reach for the gold and platinum rings too. You are worth it! 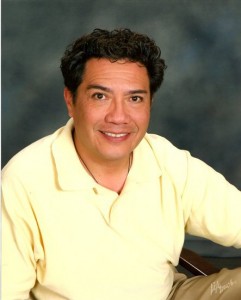 Danny A. Cabrera C.Ht. is a certified hypnotherapist/counselor practicing in Phoenix for over 19 years.  He works in private one-on-one sessions as well as workshops/lectures to help people enhance their lives. To schedule an appointment, contact Danny here or call him at 602- 301-6551